TRiFOCAL London – Transforming City FOod hAbits for Life was an initiative led by Resource London - the partnership between WRAP and LWARB - together with Groundwork London. The organisations won a bid with the LIFE programme of the European Commission to deliver the €3.2million initiative in London, which acted as a test bed for other European cities. London is one the top 30 mega cities in the world; managing the food system in such complex and growing mega cities is one of the challenges of our age. London also has a number of social and economic challenges to deal with over the coming years including increasing waste management costs, food poverty, childhood obesity and urban density.

Over 8 million tonnes of food is consumed in London per year. The city’s population of 8.7 million residents is projected to rise to over 10 million within 20 years, adding more than a million tonnes to consumption every year.

London households throw away an estimated 910,000 tonnes of food each year, of which 640,000 tonnes could have been eaten. Not only is this environmentally damaging but it’s a huge waste of money for consumers, local authorities and businesses.

It costs consumers £1.4 billion per year to purchase the food and drink thrown away in London, generating the equivalent of 2.1 million tonnes of CO2 emissions . The cost to London Boroughs of reprocessing/disposing of this food waste is estimated at over £50 million per annum. In London, 23 of the 33 Boroughs currently collect food waste.

TRiFOCAL brought together a wide range of audience groups including orgnisations, community groups and schools to communicate with Londoners on food waste prevention, food waste recycling and healthy sustainable eating.

Being part of this innovative project delivered tangible benefits and enabled participants to:

London Boroughs that were involved in TRiFOCAL: 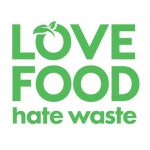 Love Food Hate Waste aims to raise awareness of the need to reduce food waste and help us take action. It shows that by doing some easy practical everyday things in the home we can all waste less food, which will ultimately benefit our purses and the environment too. 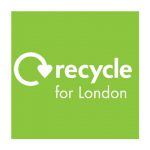 The Recycle for London is a consumer campaign which aims to encourage Londoners to recycle everything they can, no matter where they are in the capital. It is a sister campaign to the Recycle Now national recycling campaign for England, covering household dry recycling and food waste collections. 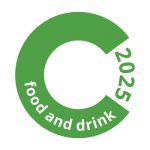 Courtauld 2025 is an ambitious ten-year voluntary agreement that brings together organisations across the food system – from producer to consumer – to make food and drink production and consumption more sustainable. If you would like more information on the legacy of TRiFOCAL, please refer to our legacy plan.